To Schedule a Social Skills Groups Screening Call (973) 921-0900 or email us at info@behaviorwise.net 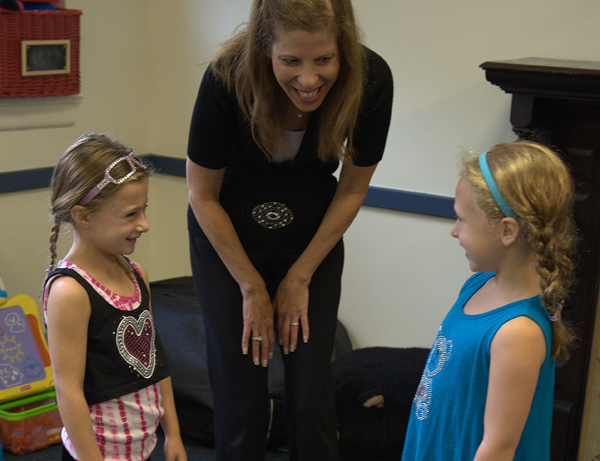 What amazing tips you gave me for Anna! I started them immediately yesterday and cannot believe the change...

Words cannot express our gratitude for all of your devotion to James and to our family. Thank you so much...

Thank you so much for all of your help and your hard dedicated work! You are truly an amazing therapist...

Thank you so much for giving us the best gift of all this holiday- Our Son! We are so grateful for your hard work, dedication...

My son has become so socially appropriate since joining your social skills group. What a difference we see...

Thank you for observing our daughter in school and providing us with such a detailed report and excellent recommendations...

Lynn and Bob B

Thanks Caryn for advocating for our son. Without you, he would have been placed in a self-contained classroom where he did not belong...

Behavioral therapy generally is of shorter duration and less expensive to administer than most other therapies. Behavior therapy changes behavior(s) without worrying about a person's inner conflicts; it strives to unlearn problem behaviors and teach new, more adaptive behaviors. This therapy is usually used as a treatment for phobias, separation anxiety, obsessive-compulsive disorder, attention deficit-hyperactivity disorder, and oppositional defiant problems.

Positive Reinforcement: The child is given a reward when he or she does the desired behavior (e.g., attending to a task, facing a fear), or refrains from showing an undesirable behavior (e.g., aggression, temper outbursts, etc.).

Response Cost: Commonly, the response cost technique is combined with a positive reinforcement system, so that appropriate behaviors are "rewarded," while negative behaviors are penalized, all using the same system. The rewards and "punishments" are put into points (stickers, stars, smiley faces, etc.), called a "token economy system."

Relaxation Training: Relaxation will inhibit anxiety. Relaxation is usually achieved through training the person in progressive relaxation, or thinking of pleasant or relaxing mental images.

Participant Modeling: The child learns new behavior (new ways to deal with a situation) by watching someone else approach the feared object or situation and by observing how that person interacts or reacts with the anxiety-inducing object/situation.